Networking; In Which Is Found Aussie Relatives, A Cranky Cousin, And A Castle 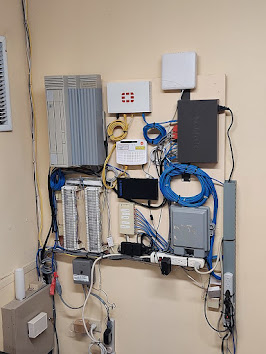 It's so annoying, you find a promising lead, you write an email, and you wait.  And you wait and wait.  But occasionally, you get lucky.  Most of our ancestors were not only children, they had siblings who married and had children of their own.  Every so often you find a descendant of one of those siblings, your cousins; and sometimes, if you're even luckier, those cousins have amazing stories to share.

In my case, one such cousin lived in Australia!  I had no idea I had a cousin down under.  But when I found a DNA match whose tree contained the surname O'Dwyer and wrote to her, this is what I received in response--

"Hi Ellie, I live in Brisbane.  My great-grandmother Alice O'Dwyer arrived here in about 1876.  She was born in Tipperary about 1855.  Her father was Andrew O'Dwyer."

That was incredible!  I'm sure she meant to add another great to that description, but this is my family.  My third great-grandmother, also named Alice O'Dwyer, was the paternal aunt of this Alice.  Comparing notes with my DNA match was immensely helpful to my research.  Using Irish civil registrations, I was able to locate the younger Alice's family living in Churchfield, County Tipperary, the very same townland my grandma Alice lived in.

Two incredible bits of luck came from the McGarr side of my family, one was an old letter shared with me by a cousin living in Florida.  Written by a relative who had known them, it contained a firsthand account of the children of John and Mary Kelly McGarr.  John was one of the earliest McGarrs in Auburn, New York arriving from Ireland in about 1840, well before the famine and was, I believe, the brother of my third-great-grandfather Daniel McGarr who remained in County Kildare.  This wonderful letter confirmed many facts I'd found through my research, while giving some insight into how family members regarded one another.  For instance, the author showed jealousy towards several of John's children who were financially successful, calling one, "the real snooty one", remarking that another married, "a fancy detective", and "the least I can say about Kate is she lost a child while in the south. She had plenty of money".  I wonder, what was the most she could have imparted about the unfortunate Kate, who actually lost three children in the south in quick succession from scarlet fever?

The other was a McGarr DNA match who sent me copies of family letters from her great-great-aunt, a native of Baltinglass, County Kildare along with a photo of her great-grandfather standing  in front of the shoe store he purchased in Rochester, New York after immigrating.  I live in a suburb of Rochester, enabling a visit with my new cousin, always a bonus.

My latest genealogical blessing came from another DNA match, this time on the Travers side who hailed from the Castledermot area of County Kildare.  Early Catholic records survive there, but many of them are so faded that page after page are completely illegible.  After introducing ourselves at Ancestry my cousin and I exchanged email addresses since Ancestry doesn't allow for sending images.  I sent her death certificates I had, and she sent me typed pages of family reminiscences and interviews along with a copy of the will her third-great-grandmother Catherine Bede, (wife of John Travers), made at Ballyvass; John being the brother of my third great-grandmother Mary Travers O'Hora.

I'd found the civil registration of Catherine's 1887 death from accidental burns but always wondered about the circumstances.  Those family notes held the answer, Catherine was blind in her old age and her shawl had caught fire while at the hearth or possibly from a lit pipe.  The unfortunate lady died shortly after in the local infirmary whose employee reported her death.  I was never positive I had the right Catherine since no townland was given on the death certificate, just the infirmary's address, but with details from the notes, I now believe it's definitely her.

There were other personal mentions in the Travers notes, like a reference to a family expression, "the Travis eye".  The author maintained this was a compliment akin to having a twinkle in one's eye.  Interestingly, Travis was the name used.  Another line caught my attention, the quote of an unnamed family member, "I can still look up the hill and see the castle".  There is something wistful, almost melancholic, about this line that captures my romantic imagination.  It was obviously a reference to Kilkea Castle that sits between Kilkea, where my third-great-grandmother Mary Travers was born, and Catherine's Ballyvass.

One could spend a lifetime researching and still not find details like the ones contained in a family's personal memories and letters.  My great good fortune to have connected with such generous researchers, happy to share what they have, more than makes up for all the queries that went unanswered. It also inspires me to keep writing those emails. 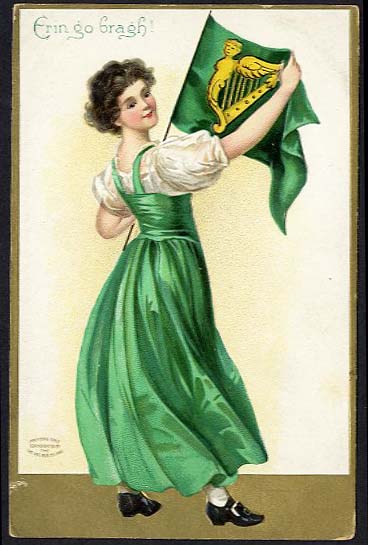 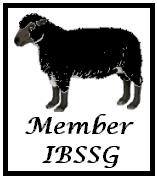 Ellie
I live in the 'burbs outside Rochester with my little Yorkie Darby. I can, and often do, get lost in researching my ancestors for hours at a time, they and the times they lived in are an endless fascination.